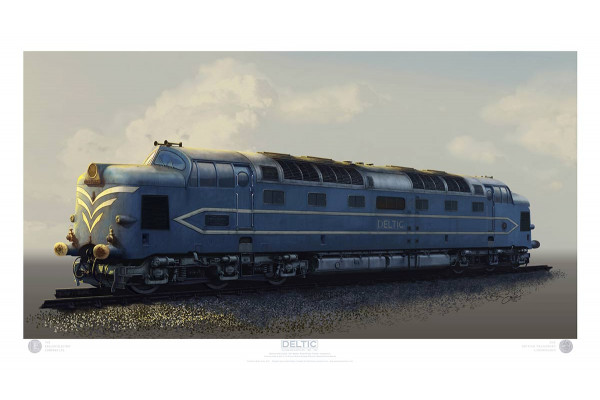 A portrait view of it in working condition as it appeared in 1959.
Diesel-electric locomotive, prototype English Electric 3300HP "Deltic", 1955, BR number 'DP1"
The Deltic was a gamble by the private English Electric Company who hoped that fast and powerful diesel locomotives would prove an attractive alternative to expensive railway electrification.
22 Deltic diesels were built in 1961–2 to take over from steam on express trains such as The Flying Scotsman and to offer the first services regularly running at 100mph. 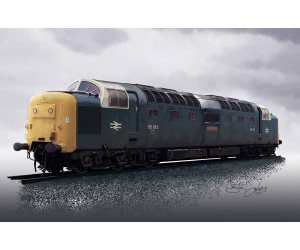 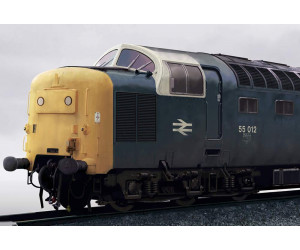