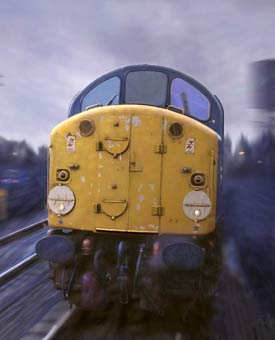 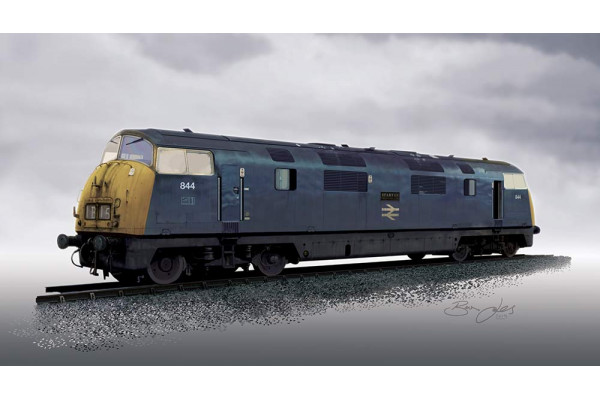 Limited Edition Giclee Repligraph & Authentication Certificate of only 10 copies This magnificently scruffy North British-built Warship was one of the 32 built in Glasgow, powered by MAN engines and Voith transmission, unlike their Swindon-built sisters (Class 42) from the total fleet of 70, which were Maybach-powered with Mekydro transmission. Warships only weighed 80 tonnes and with the drive to standardise to diesel-electric traction by British rail, their service lives were relatively short. Spartan here entered service in March 1961 and was withdrawn in October 1971, the year in which all the other Class 43s were also withdrawn. 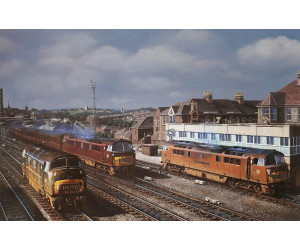 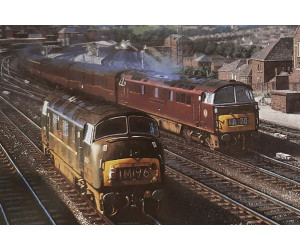